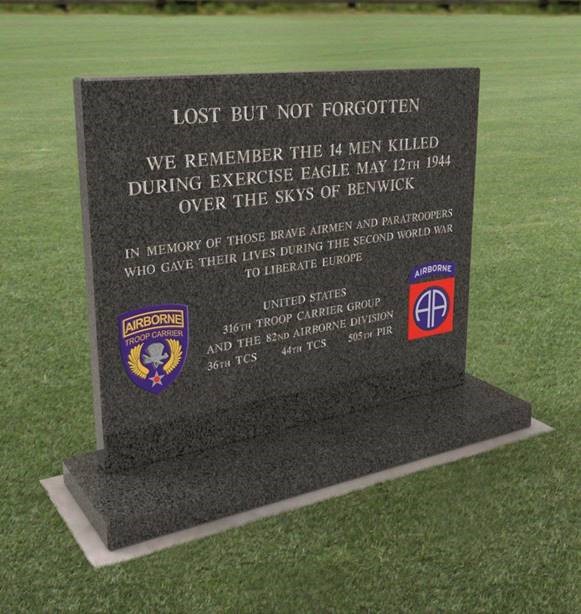 A project is underway to establish a memorial to those American servicemen who perished during Exercise Eagle on May 12, 1944, over the skies of the United Kingdom. These men were members of the 316th Troop Carrier Group and the 82nd Airborne Division who were preparing for the invasion of France. The Troop Carrier/Tactical Airlift Association has contributed to the fund for the memorial and invites you and others to join in this effort. Details of the project have been provided by Darren Bond, who is directing this project. You can find further explanation of the project in the document he has provided titled Exercise Eagle Project.


Some pictures taken at the dedication of the memorial are in this video: